Conservatory
After music school, I took lessons with Leslie Lopez in Amsterdam. He introduced me to the music of Jaco Pastorius, Marcus Miller, Stanley Clarke, and Darryl Jones, and this was when I made up my mind that I wanted to continue with music. In 1991 I was accepted by, and started studying at the Conservatory in Hilversum (In 1998 the school relocated to Amsterdam), and in 1997, I became the first female electric bassist to graduate at this school.

Performances
At first, after the Conservatory I was especially active in the African and Salsa music scene in Amsterdam. The groove and the intuitive way these two music styles are played is something that has always inspired and resonated with me. This formed a good additional basis for me, after the Conservatory.

Around the world
In 1997, I organised a tour with a Salsa band to Cuba. We performed at different locations in Havana, (we also performed with the Cuban band ´Anacaoana´). I also became a member of the South African band, `Afro Vibes`. In 1999, we toured through South Africa, including playing at the Grahamstown Jazz Festival.Both these tours made a huge impression on me, the way the people experience music, as well as their exceptionally friendly hospitality.

Highlights with other musicians

*Television performance in the Margreet Dolman show. That same year I toured in Curaçao with a salsa band.

*Toured South Africa with Afro Vibes. In 2001, the band leader of Afro Vibes, passed away. However, a year later, the Afro Vibes toured The Netherlands, (including the Bimhuis,and the Melkweg), with the South African singer Suthukazi Arosi (Best Southern African Artist Kora Award 1997).

*I performed at the Tribute Concert for Jaco Pastorius, in the Melkweg, with his sons Julius and Felix under the musical direction of Victor Bailey.

*Bassist for 10 years with the band “Too Hot To Handle” (2002-2012), a Dutch coverband. We have done a variety of things: we accompanied stand-up comedians, Javier Guzman, Sarah Kroos and Claudia de Brey, toured through Syria, performed at a few large company functions and festivals (including the 5th May Festival, on the Museumplein, in Amsterdam), and we participated in the `Clash of the coverbands` in Paradiso.

*Ivo Niehe´s Theatertour, including the finale with the `Theater show`, consisting of 3 performances in the famous theater Carrè. During this tour I performed with André van Duin, and Liesbeth List, as well as others.

*Marynka Nicolay´s Woman in Paradise project, in Paradiso, Amsterdam. Here, I accompanied Ellen Ten Damme, and pianist Karsu Dönmez, as well as others. 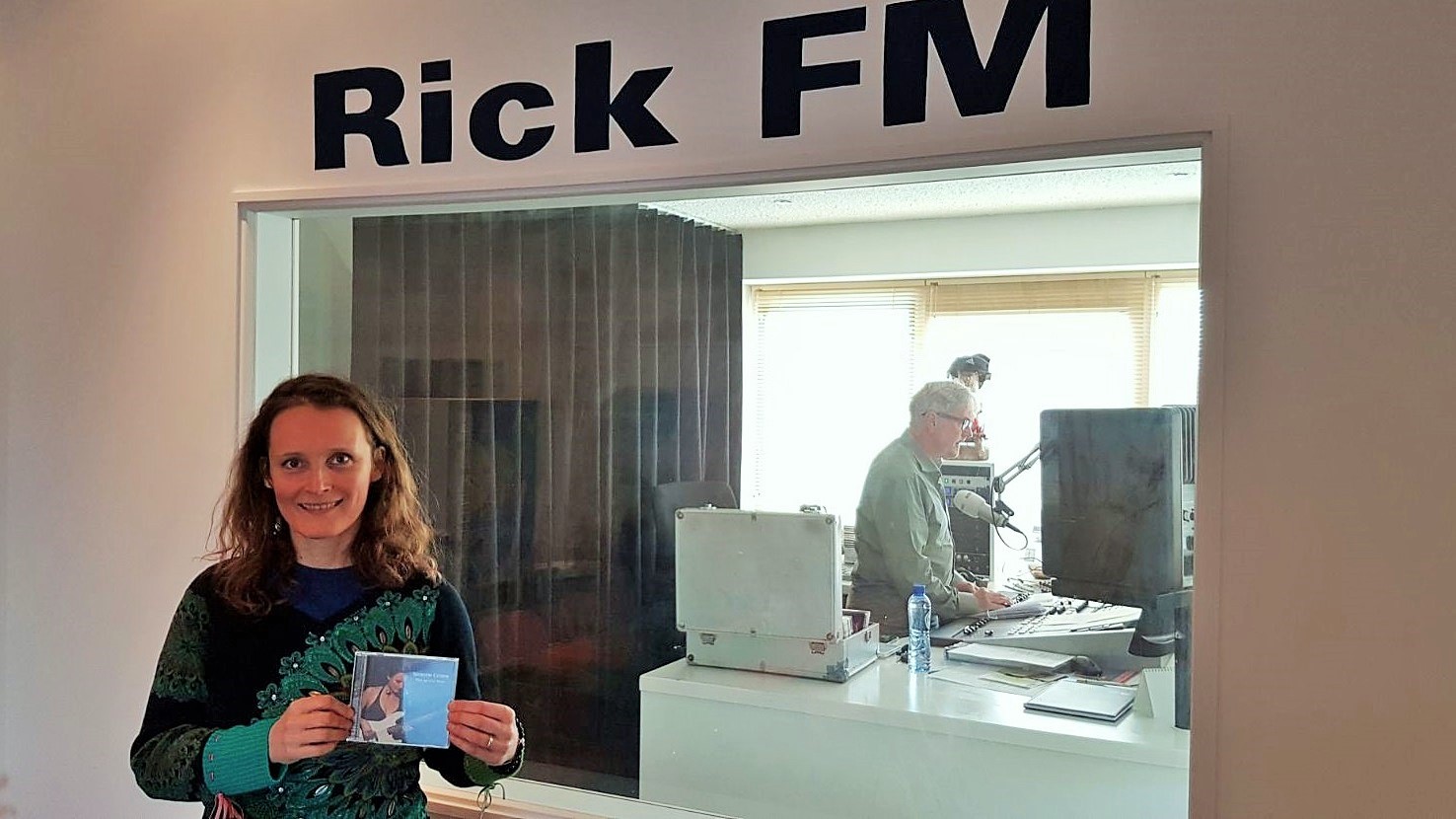 After years of performing with, and accompanying others, I decided it was time to do my own thing. I am very happy with all the people I have worked with on this project, especially Jay-Tee Teterissa, with whom I did the mix of the tracks.When I put a teaser video online with clips of the music from my upcoming album, it was picked up by the American Website Notreble.com. My debut CD ‘Pick up your Bass’ was released on April 19th 2017 in the Melkweg in Amsterdam.

Some hightights from the press reviews on Pick up your bass:

You can read more highlights of the press reviews on my first album translated into English in the News messages on the Home page.

In 2018 I released 3 singles.  My complete album will be online soon, available on every online platform.

I am touring in the Netherlands right now with my band, the instruments are: Bass, Drums, Keys,  Guitar and Saxophone/Flute.

On the Home page you can find the latest performances, and the concert announcements that have already passed. I have almost always posted a live video link in the message of a concert that already took place. Also on my Youtube channel  I have several live videos available. And on Facebook and Instagram I have posted live videos as well. 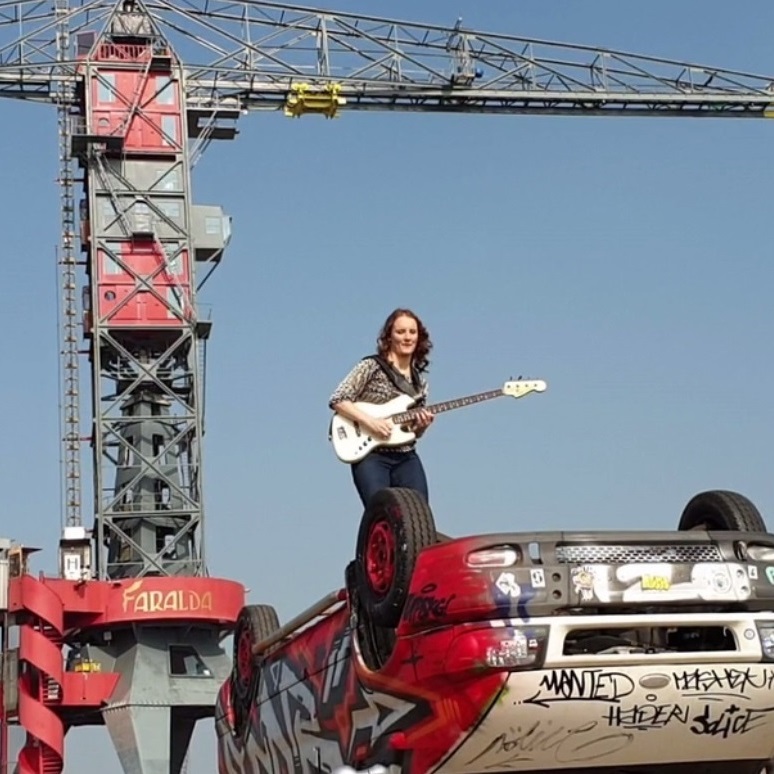 In April 2019 I recorded an episode of the TV show Azefat (“Women in music”) for Abu Dhabi TV in Amsterdam. A special about me and my music.

Teaching
From 2001 to 2014, I was the bass guitar and guitar teacher at the Music School in Amsterdam South East, since 2003 I also teach at the Music Academy, the music school of the International School in Amstelveen (ISA). Apart from teaching bass guitar there, I am also the teacher and producer of 3 pop bands, who perform regularly and have recorded a CD every year.

Studio
In 2002, I completed the Music Production course at the SAE institute in Amsterdam. I compose and record basslines, ringtones etc. on request at home, in line with the musical taste of the client. If you are interested, send me a message with your request

Not only Music
I have a dedicated yoga practice. I do different kinds, including Bikram, Yin and Dru yoga.

Musical Influences
Besides my experiences mentioned above I have been influenced by Stanley Clarke, Marcus Miller and Victor Wooten. 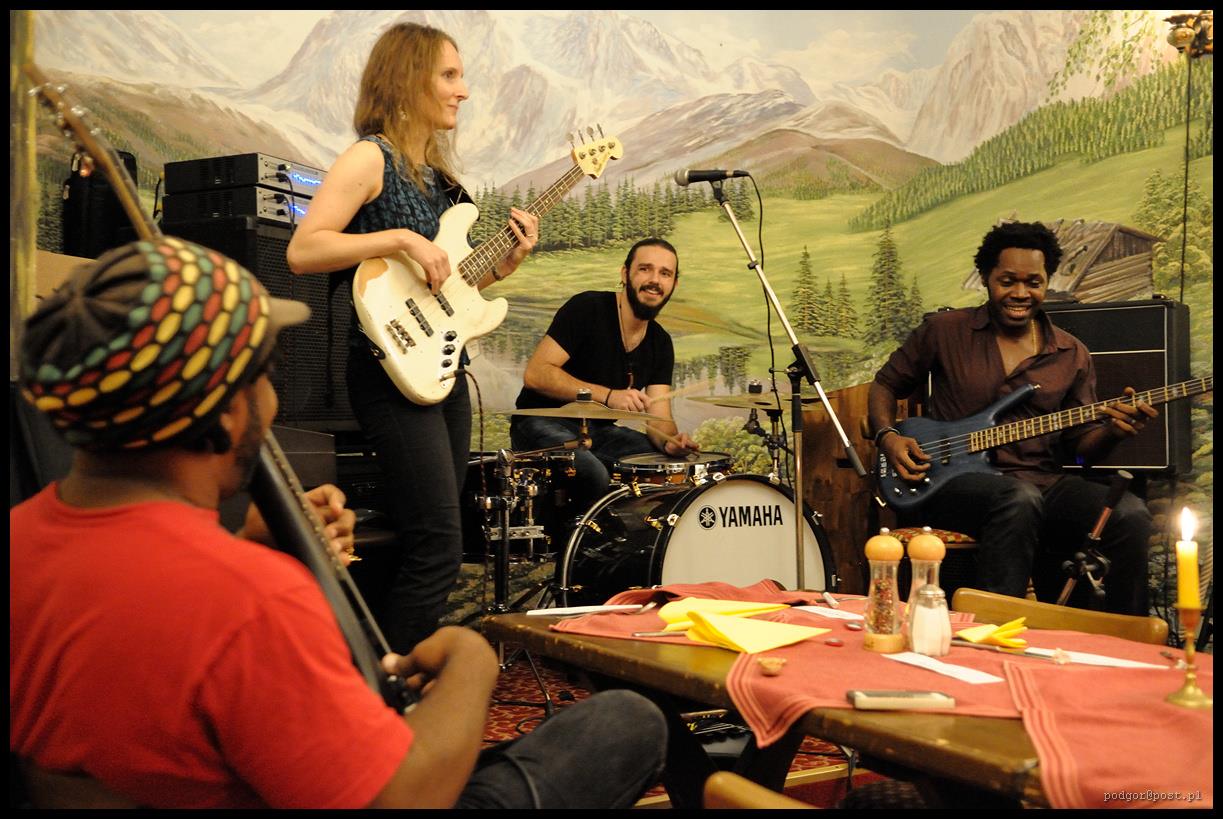